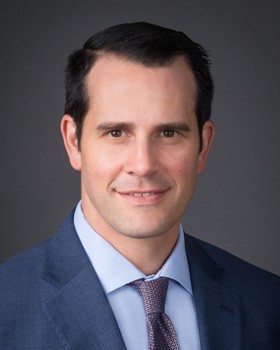 Dr. Walshauser received his M.D. degree from Ross University in Dominica, West Indies, in 2006. He then completed a year of basic science research in the department of Stem Cell Biology at Washington University, St. Louis, Missouri during 2006-2007. Dr. Walshauser finished an internship and residency in Internal Medicine at Saint Louis University in 2010. During that time he was awarded Intern of the Year and elected to Chief Resident for the academic year 2010-2011. Dr. Walshauser subsequently completed a fellowship in Hematology and Oncology at Loyola University in Chicago, Illinois, in 2014. He is board certified by the American Board of Internal Medicine and is board certified in Medical Oncology and Hematology.

Dr. Mark Walshauser has received multiple awards and served on a variety of committees. He was elected to the American Society of Hematology (ASH) Trainee Council in 2012 and served as a Trainee Council Member from 2012-2014. In addition, he was nominated to the ASH Advocacy Leadership Institute in 2013. He has been involved in research throughout his training, publishing in many peer-review journals including Blood and Journal of Clinical Oncology.

Dr. Walshauser is a member of several professional societies including the Illinois Medical Oncology Society, The International Society of Geriatric Oncology, American Society of Bone Marrow Transplant, and American Society of Hematology, and is a Fellow of the American College of Physicians. He is also an outdoor enthusiast and enjoys sports and family activities.