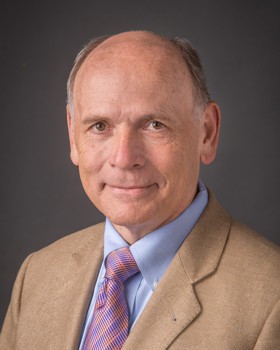 Dr. James L. Wade III, medical oncologist, is the founder of Cancer Care Specialists of Illinois. He primarily sees patients at our main office at the Cancer Care Center of Decatur, but also sees patients at Crossroads Cancer Center in Effingham, and Taylorville Memorial Hospital.

CCSI and its twenty board certified physicians are nationally recognized as an outstanding cancer care practice and honored to receive the Quality Oncology Practice Initiative (QOPI) Certification from the American Society of Clinical Oncology.

Dr. Wade is an active leader in cancer research and works as both a committee chair and a board member of several NCI sponsored national and international research organizations. He has served as the Director of Medical Oncology at Decatur Memorial Hospital and he has been the Principal Investigator of the NCI sponsored Central Illinois Community Clinical Oncology Program since 1991. As an Associate Professor of Clinical Medicine he also serves as a teacher and mentor for young physicians at the Feinberg School of Medicine of Northwestern University in Chicago.